There’s a deep tradition of men asking fathers for permission to marry their daughters. The decision to do it or not may cause some friction or strain depending on what your partner’s parents expect. The last thing you want to have happen is an additional strain to the external relationship when you have just proposed.

What is the history of asking father for permission to marry his daughter?

This has been going on for centuries in different cultures. Fathers would usually make the decision as to whether the man asking for marriage is suited for his daughter and for joining the family. A father could refuse the marriage proposal if he deemed the gentleman unsuitable. You can click here to see more about the history of asking a father for permission to marry his daughter.

What will happen if you don’t ask her father for permission to marry his daughter?

You can propose to her directly and get her response. The father may embrace and accept your decision, while others that are more traditional may be offended that you didn’t ask and may go to drastic measures to not bless your marriage. It is best to learn in advance about the father’s stance on marriage traditions.

How do you ask a father if you can marry his daughter?

How long before the proposal should you ask her father?

Definitely try to ask him before you purchase the ring and start to plan the specifics around the proposal. You want to get everyone on the same page. If possible, try to ask at least 1 month in advance, but aim for three if this is possible.

Is it ok to ask her father for permission to marry over the phone?

It depends on how traditional her father is. In an ideal situation, it would be best if you can arrange to meet her father and talk to him face to face so you can receive his blessing for your marriage proposal.

There may be situations where it isn’t possible to ask him in person. If he lives out of town or in another country, then the next best option is to ask over the phone.

It is good with technology these days because you can actually have a visual discussion via Facetime or Skype to talk about your intentions to marry his daughter. The experience may be almost like you are there.

If you can get his blessing, see if there is a way where you can get him involved in the marriage proposal process as well. This may score you extra bonus points and excite him with the prospect of marriage. 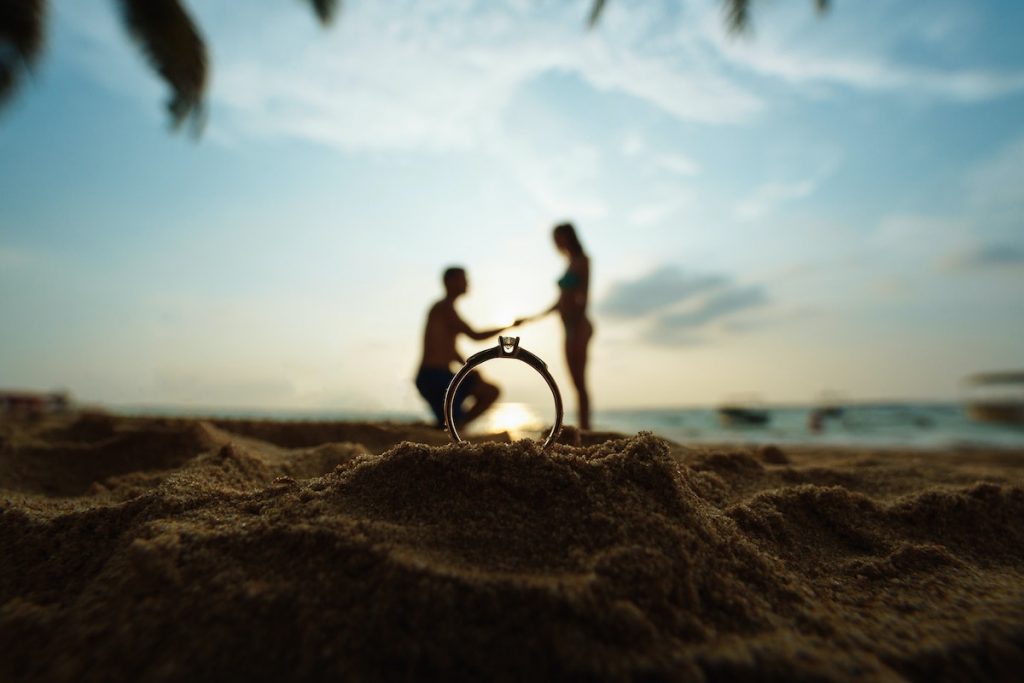 The element of surprise with proposals makes it difficult for men to have the confidence to propose. Men want to be certain that their wife-to-be will say yes, especially if they invest the time, energy and public scrutiny with the proposal. As much as we men would like for her…

There is a cliche amongst married people when they are asked how they knew if they chose the right person to marry. They often say “they just knew”. It’s a sixth sense feeling where you know that you can and will spend the rest of your life with this person.…

Have you ever been dating and felt like things are moving way too quickly? I mean, you have just started seeing the other person and all of a sudden it feels like you will be walking down the aisle to marry her in a matter of months. For some of…

In an ideal world, you will be able to get married pretty quickly. But the reality is that it is difficult to plan for, budget and coordinate a wedding. There are people who can organise a wedding in less than 6 months, but it is often rushed if it is…